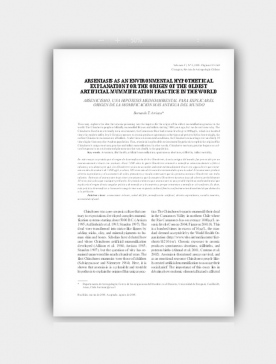 Resumen: This essay explores the idea that arsenic poisoning was the impetus for the origin of the oldest mummification practice in the world. The Chinchorro people artificially mummified fetuses and infants starting 7000 years ago, but we do not know why. The Chinchorro lived in an extremely toxic environment; the Camarones River had arsenic levels up to 1000µg/L, which is a hundred times the modern safety level. Chronic exposure to arsenic produces spontaneous abortions and preterm births. Interestingly, the earliest Chinchorro mummies are all infants. Under these environmental conditions, the Chinchorro miscarriage rate was likely 30 times higher than any other Andean population. Thus, arseniasis is a plausible environmental hypothesis to explain the origin of the Chinchorro’s unique mortuary practice and infant mummification. In other words, Chinchorro mortuary practice began as a cul- tural response to an environmental phenomenon that was deadly to the population. Key words: Arseniasis, fetal health, artificial mummification, spontaneous abortions, stillbirths, infant mortality.

Referencia: Arriaza, B. (2005). Arseniasis As an Environmental Hypothetical Explanation for the Origin of the Oldest Artificial Mummification Practice in the World. Chungara Revista de Antropología Chilena, 37(2), 255–260. 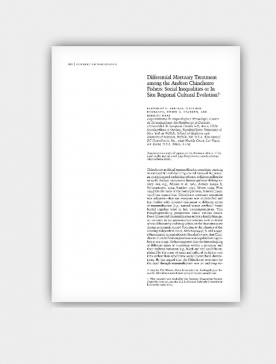 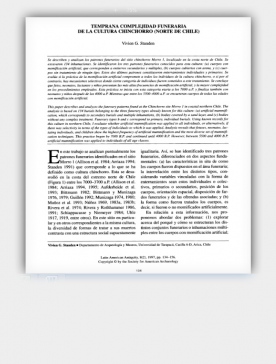 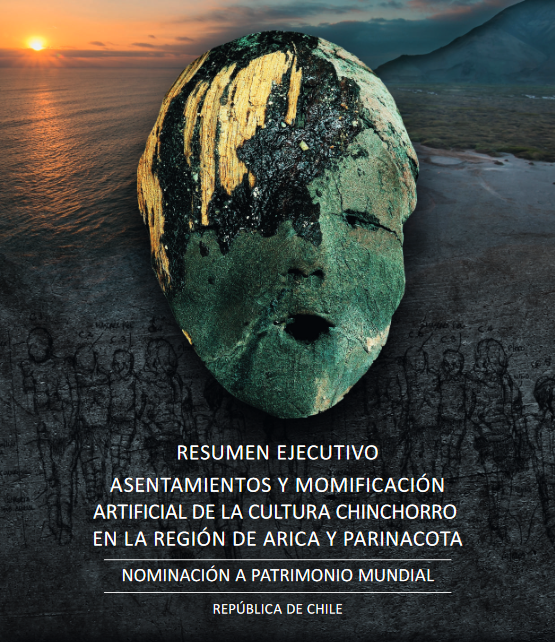